Depending on their purpose, design, and mode of reporting or dissemination, nursing and health-related research studies can be ranked according to the strength of evidence they provide, with the sources of strongest evidence at the top, and the weakest at the bottom: 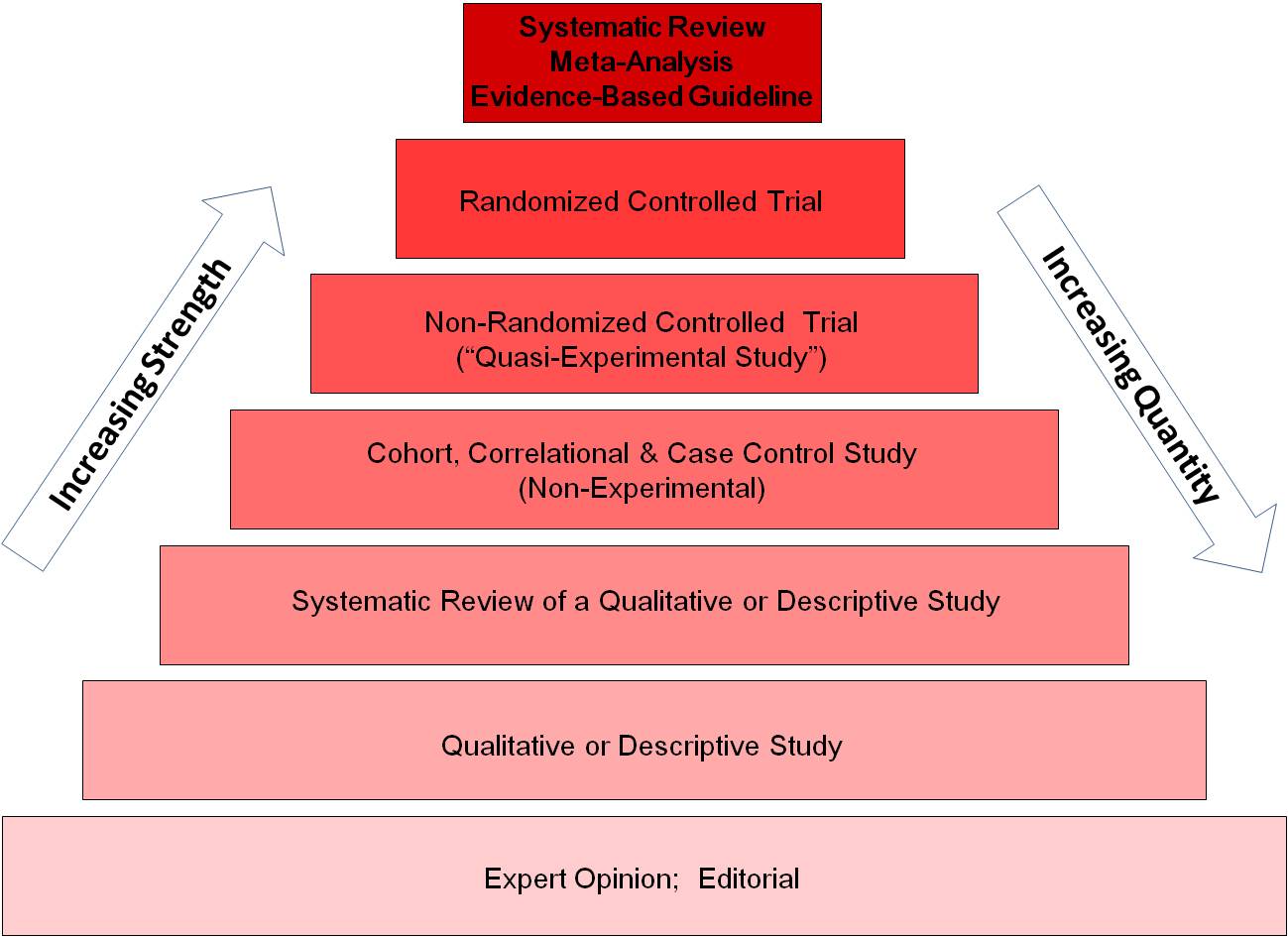 Strengths or ‘levels’ of evidence provided by different types of studies are often depicted graphically in the form of a pyramid (this example is only intended as a general representation; many variations in detail have been published in the evidence-based practice literature).

It's worth noting that the 'best available' evidence for answering a particular clinical question may not be at the highest level (for example, it may not be possible to conduct controlled experiments for a particular type of problem or intervention).