Only members of the United States Congress, consisting of the House and Senate, can introduce legislation, excluding appropriation or revenue bills which must originate in the House.

Legislative histories, which review the complete legislative cycle, are frequently compiled to analyze the legislative intent of a particular law or interpret a statute.  If the legislation’s number or citation is unknown, try locating it by text searching law reviews, news databases, or legislative resources listed below.  Popular name tables from the U.S. Code or Cornell’s Legal Information Institute are also helpful.

Examine the following souces to iniate a legislative review.  Consult a librarian for further assistance.

Watch live or recorded proceedings of the United States federal government, as well as other public affairs programming. 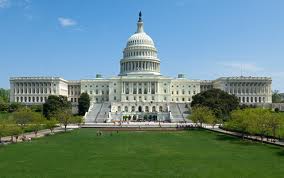