Guide to resources for researching Shakespeare and his works at DePaul University Libraries. 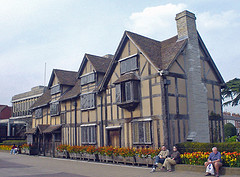