“In the Fall of 1951, the DePaul College of Law launched a review under its name to provide another voice in the realm of scholarly legal discourse.”[1]

“It is my sincere hope that the DePaul Law Review may be an instrument of genuine service to the legal profession.”[2]

“Many of the most important changes in how we approach the practice of law…started with a labor of love that found its way into print, and into the body of legal thinking, by its publication in a law review.”[3]

An important aspect of law reviews is their role in training future lawyers, judges, and the legal academy. The work involved in editing and publishing a student-run journal is unlike any other undertaking in law school. When students function as a team to produce a significant and potentially influential end-product, it gives them an opportunity to gain important leadership and management skills.

To commemorate the 70th anniversary of DePaul’s Law Review, we invite you to read the words of some of the journal’s former editors-in chief. Each shares memories about their experiences on law review and how it has impacted them professionally and personally. 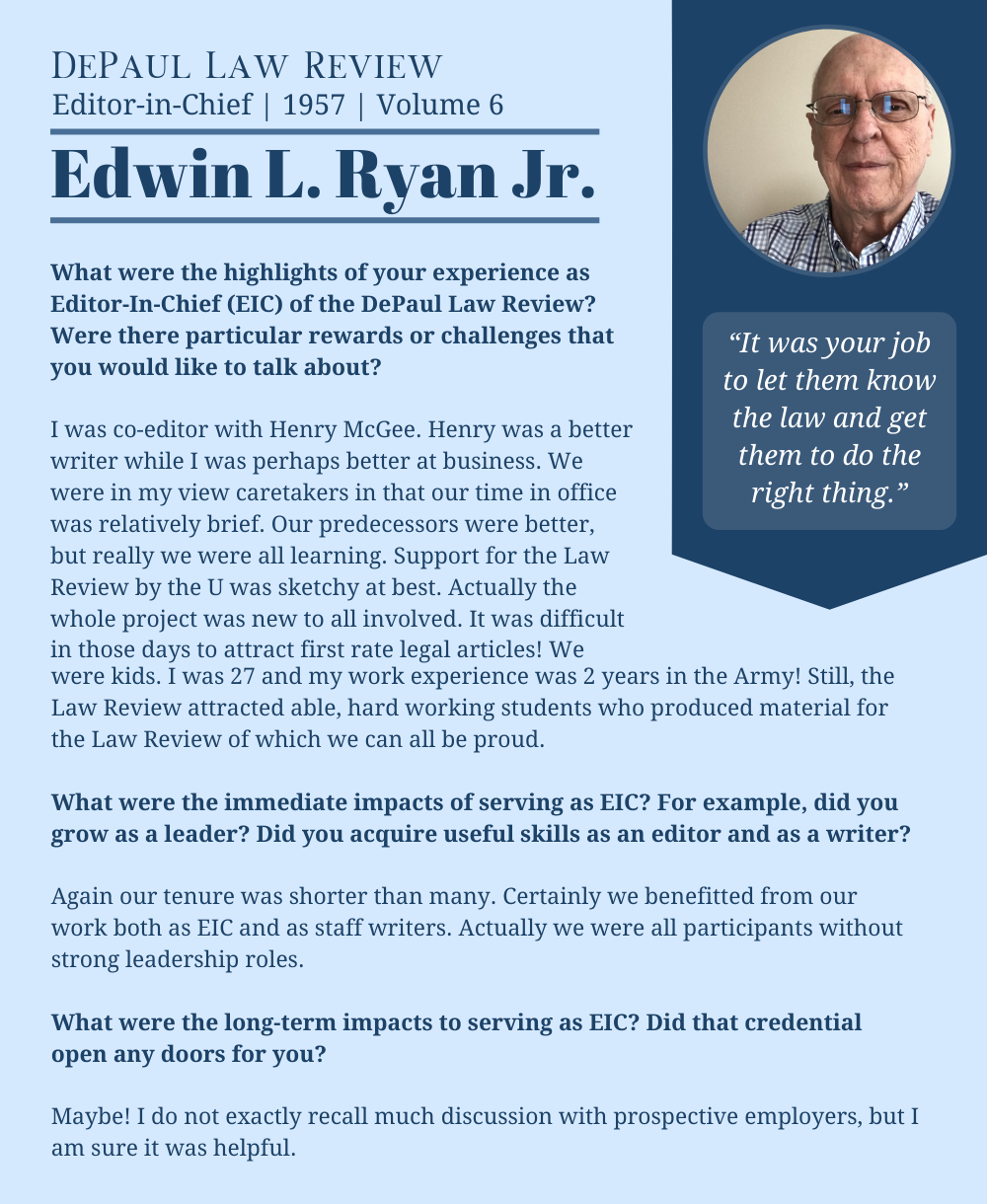 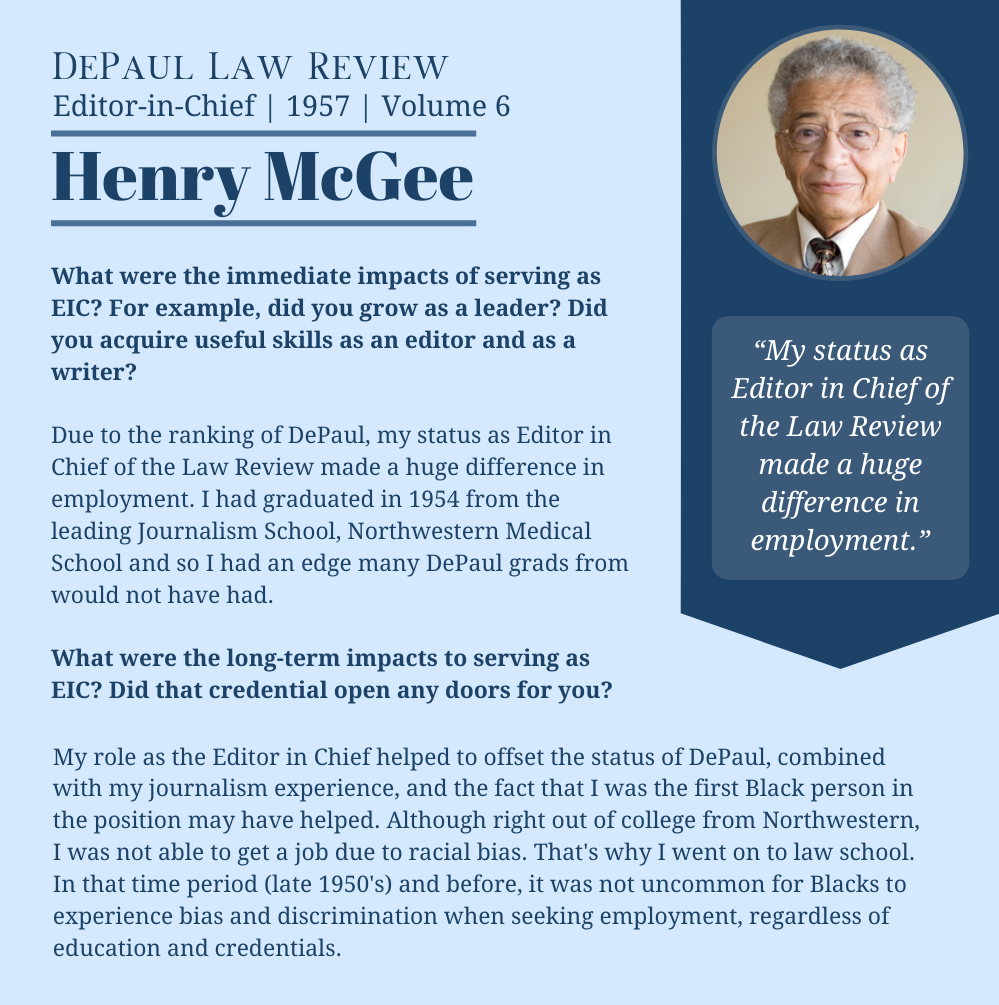 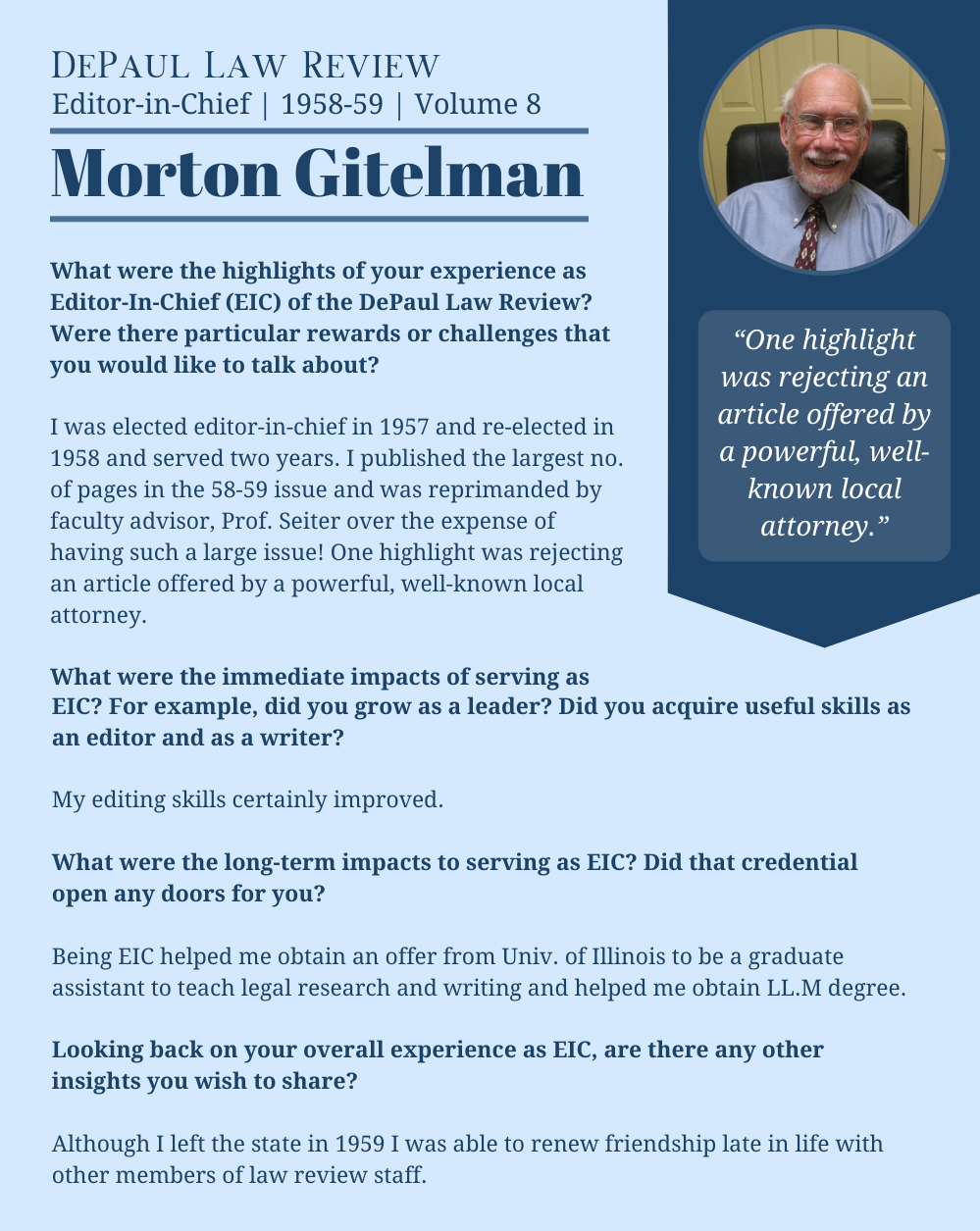 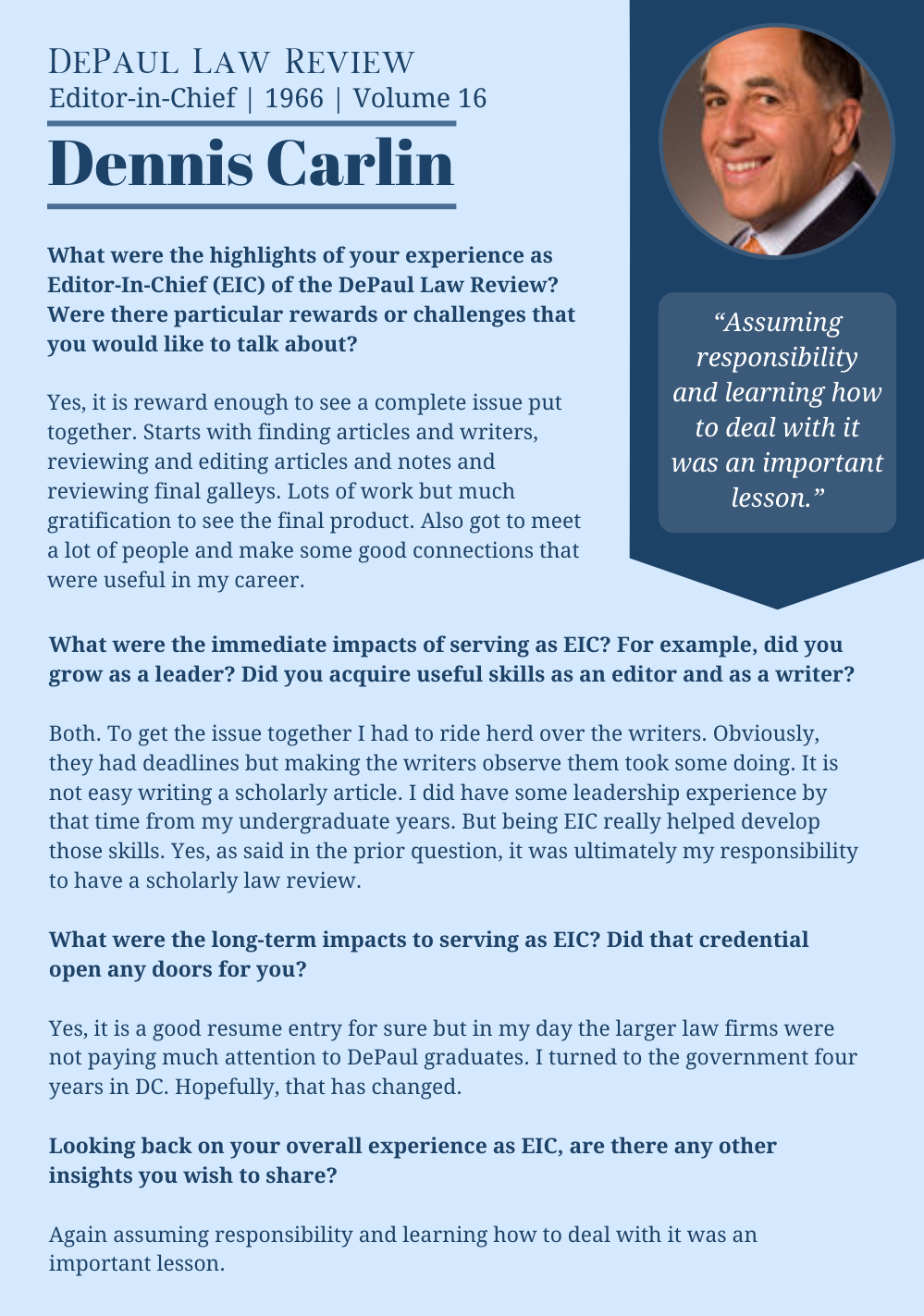 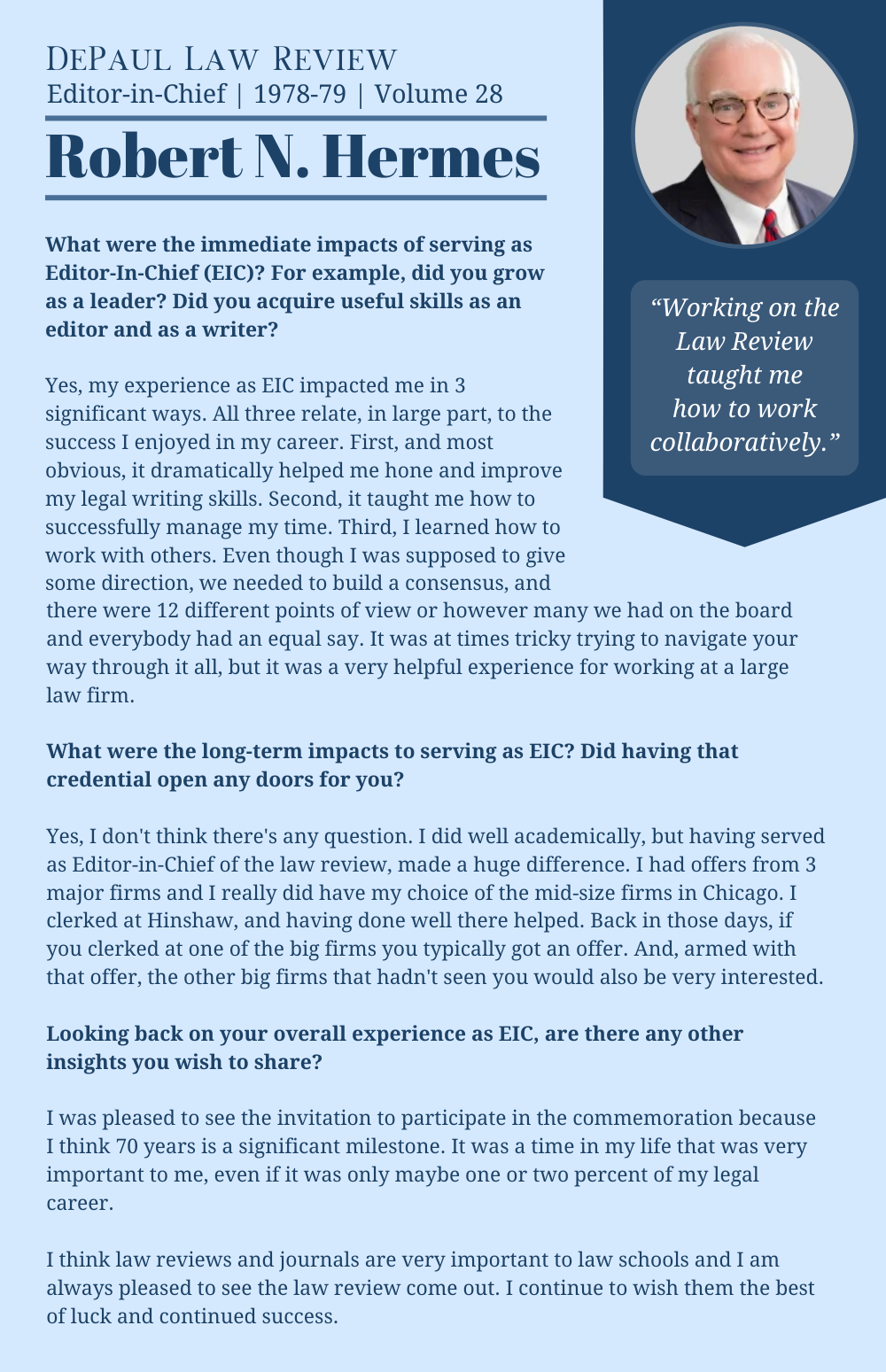 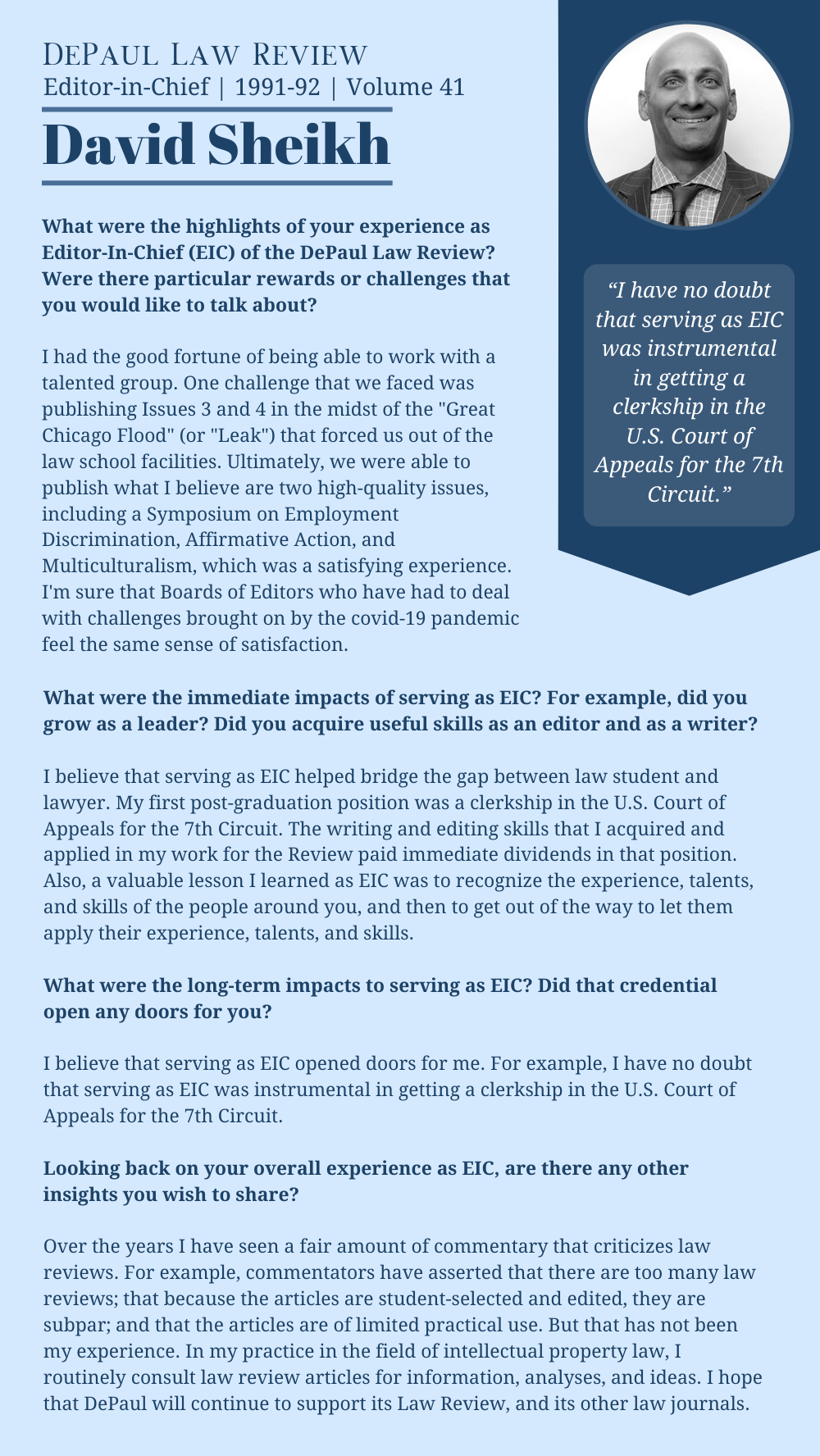 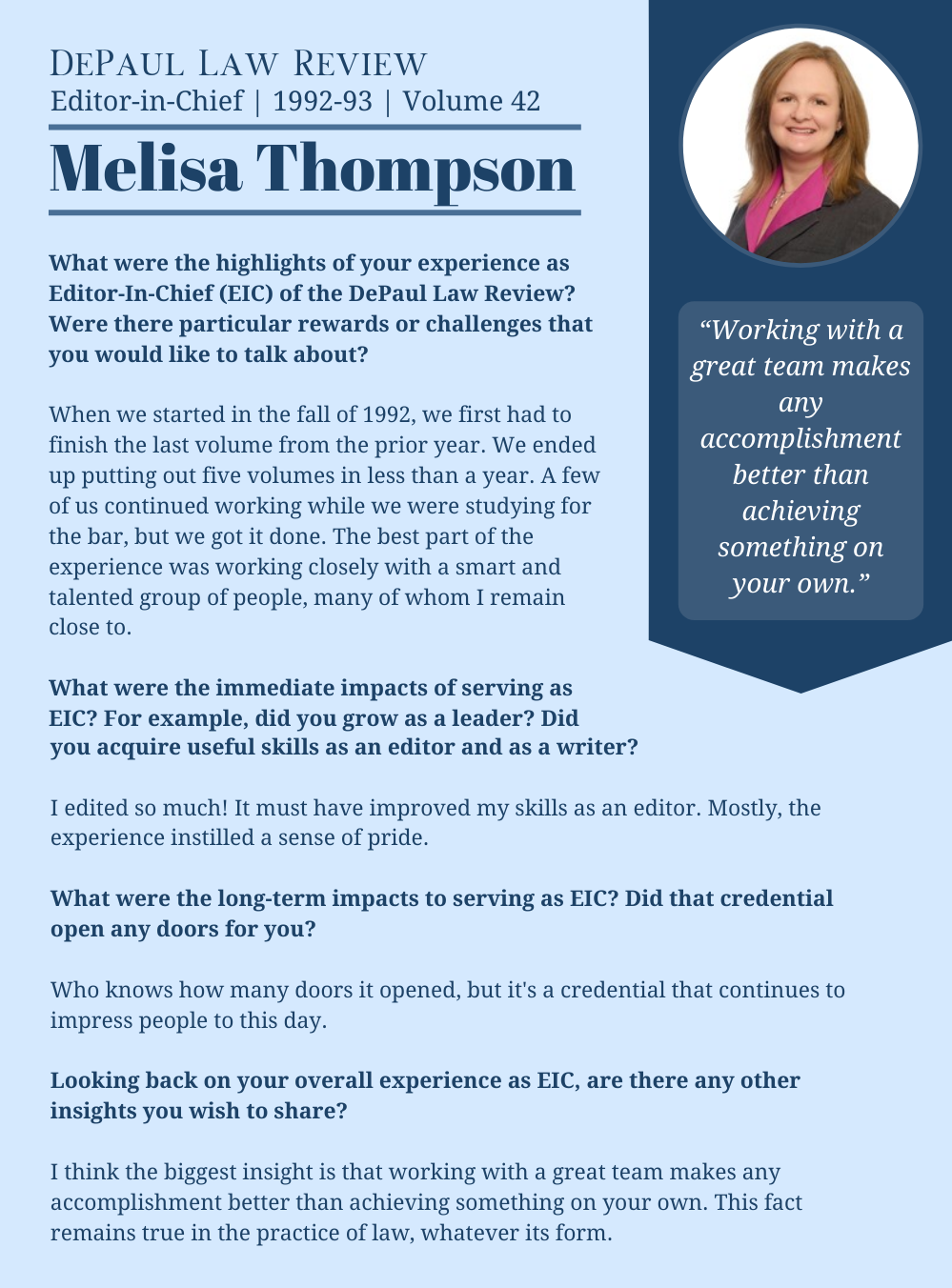 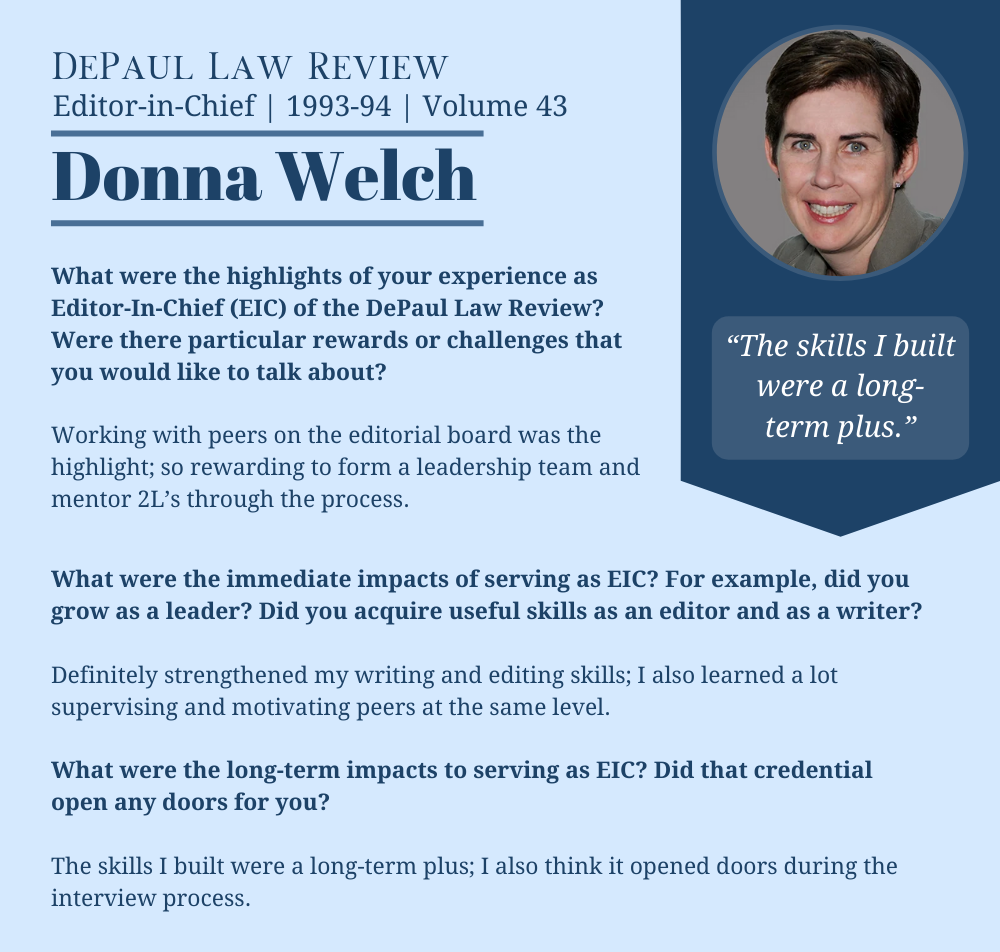 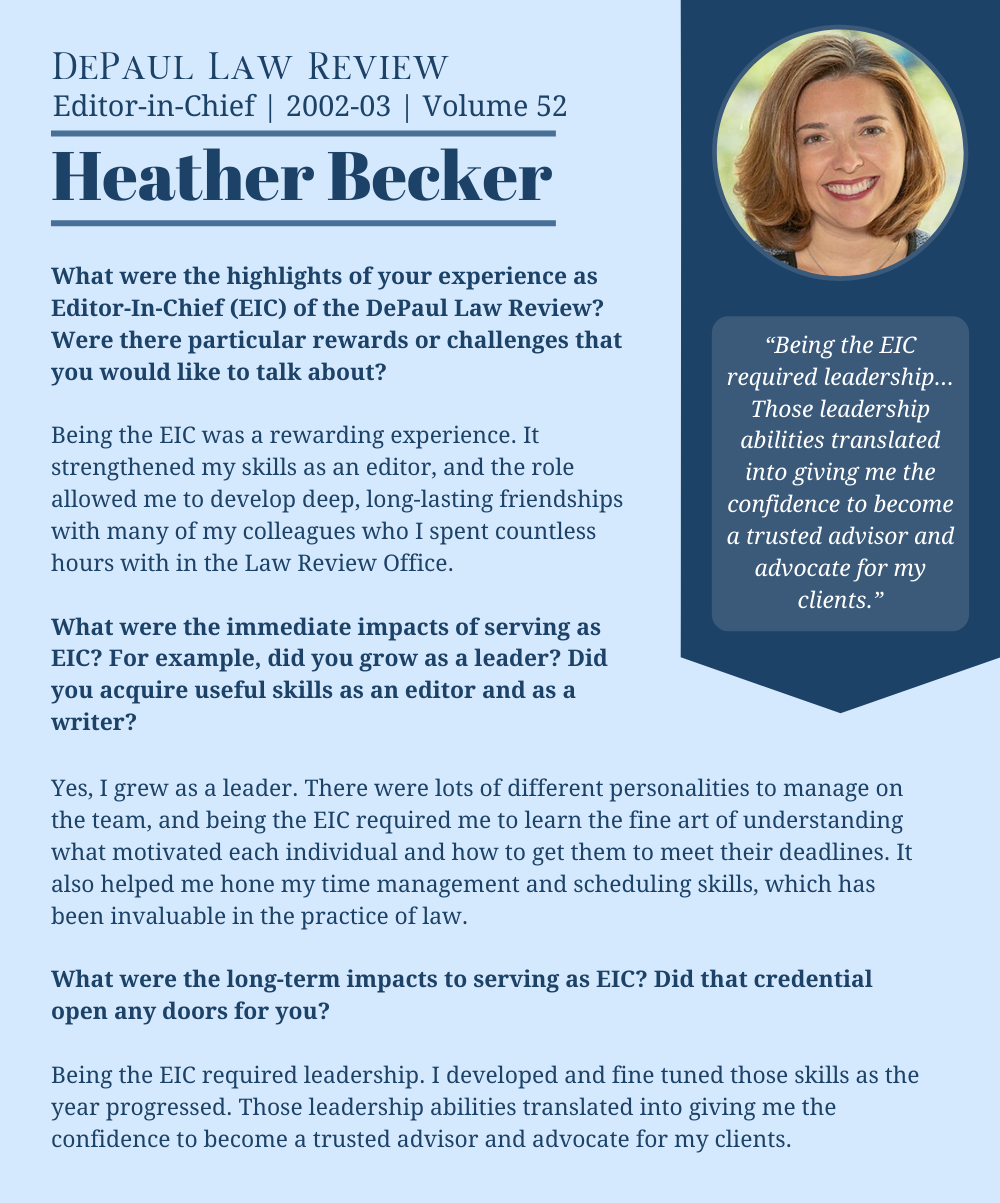 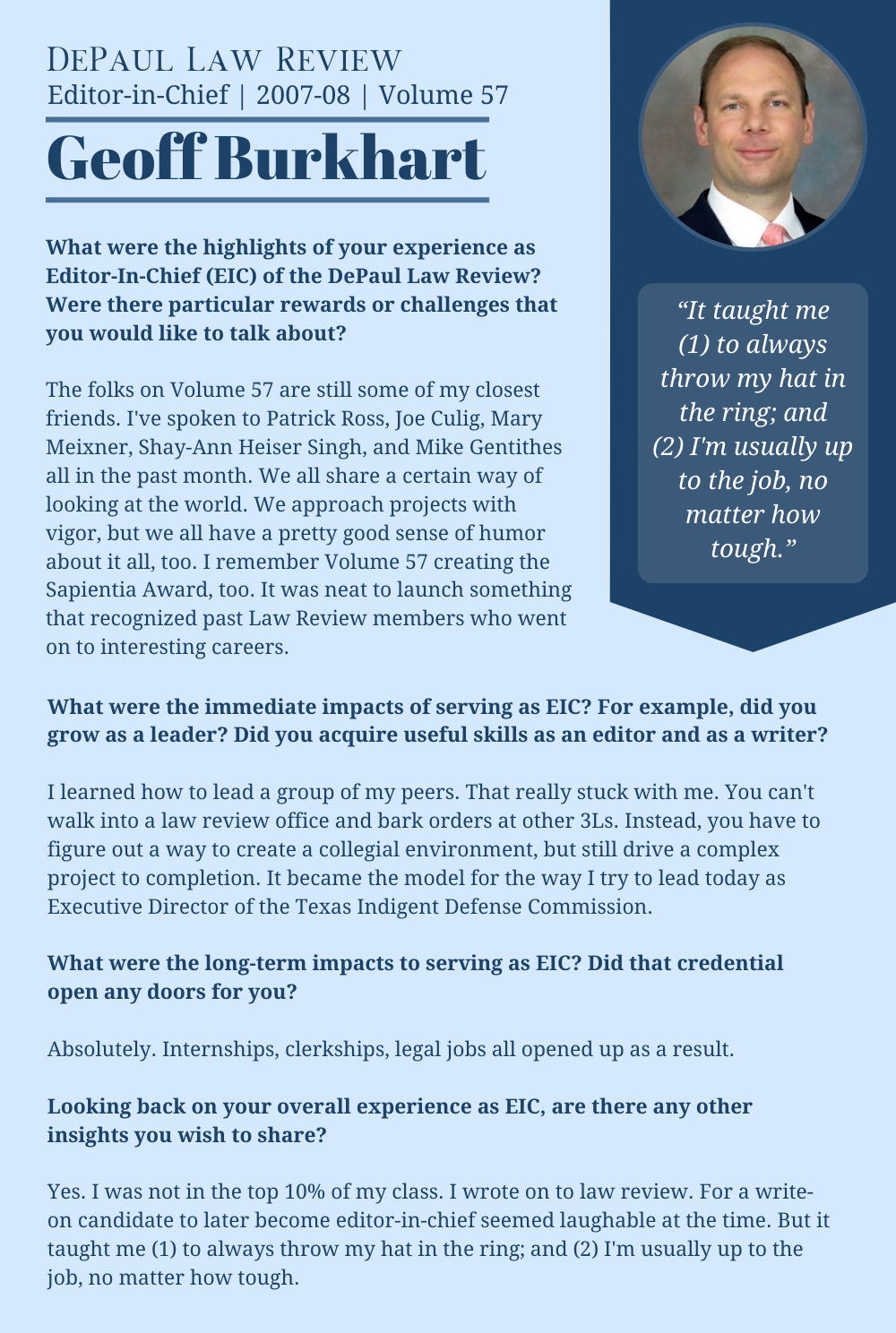 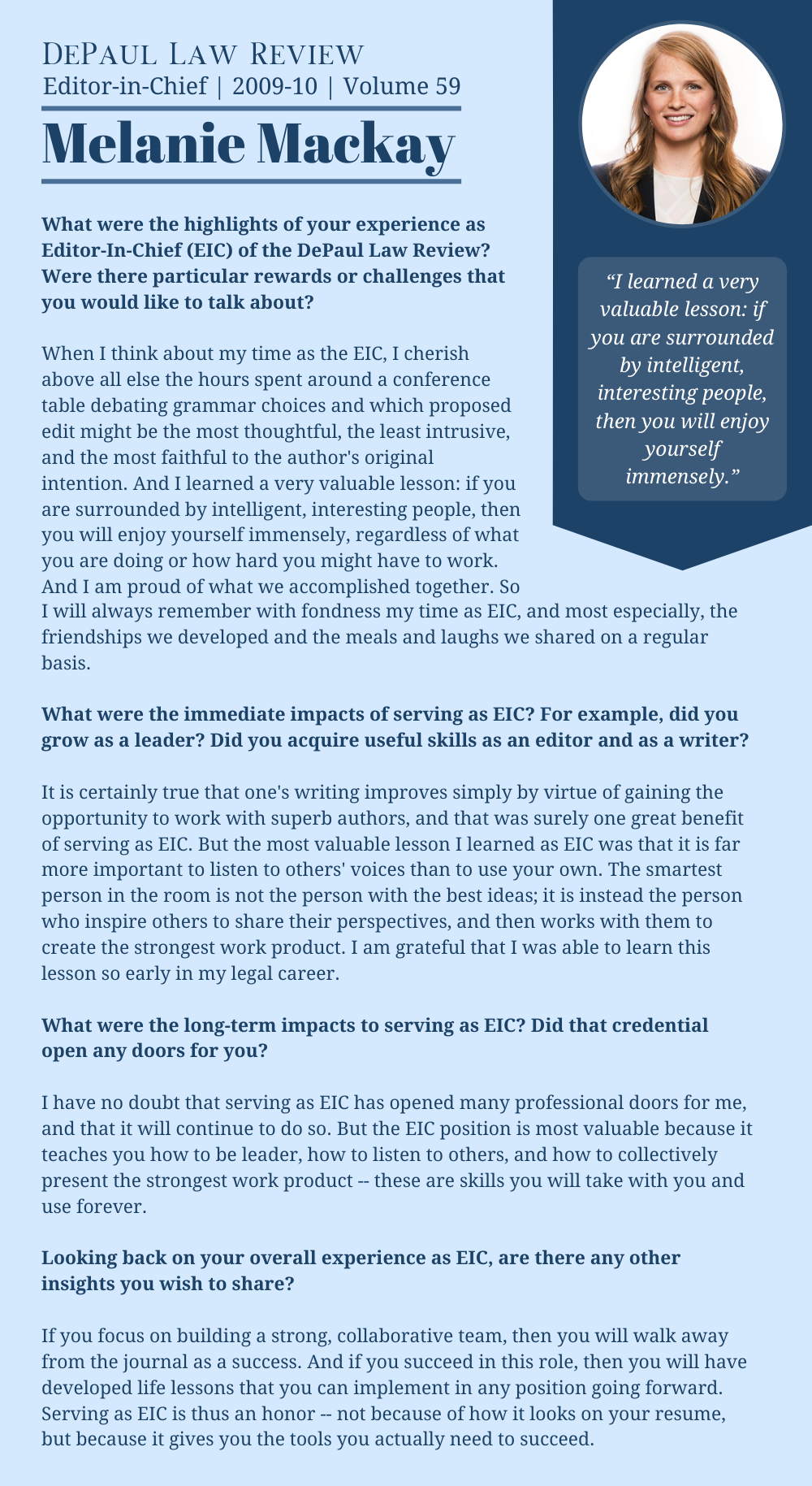 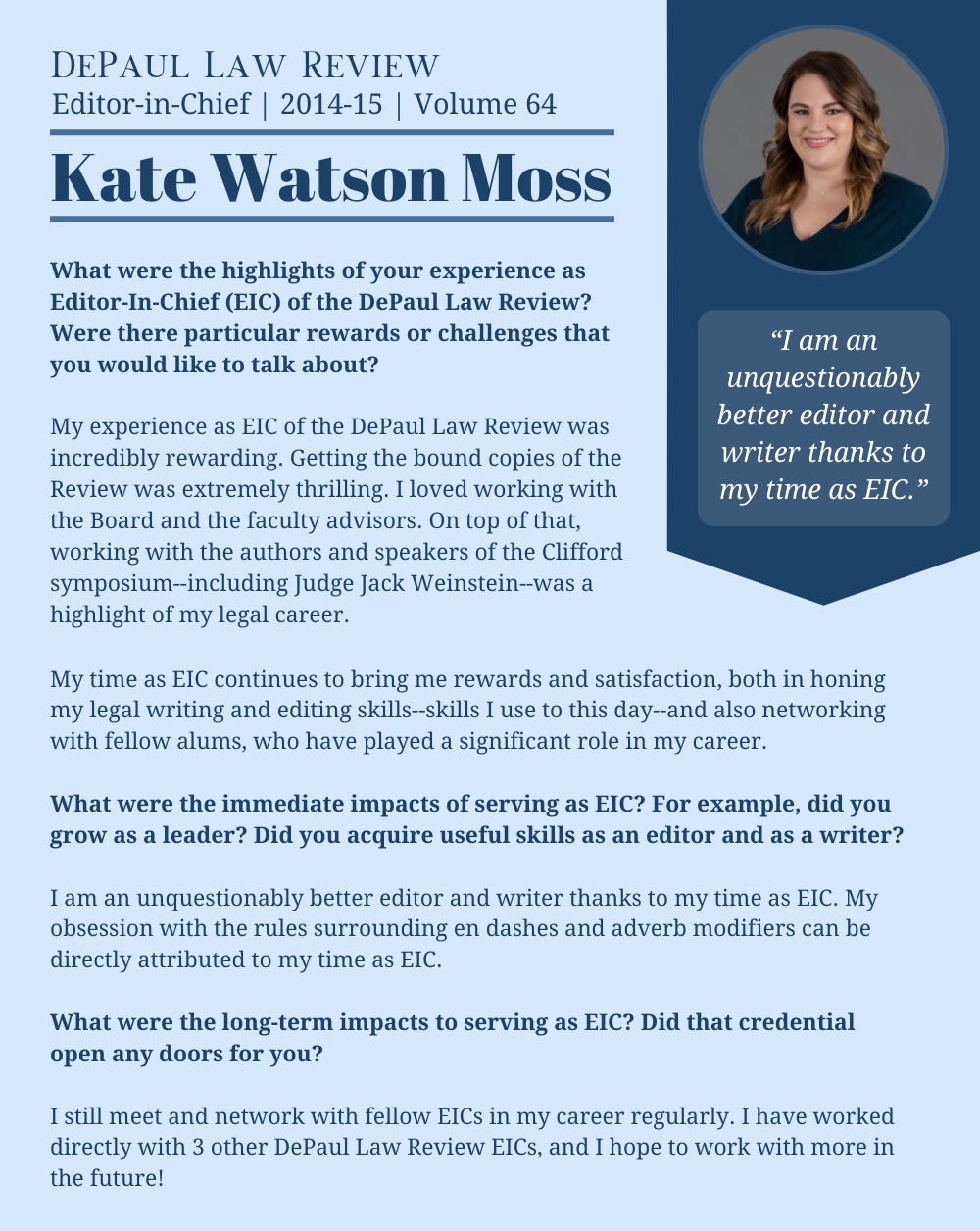 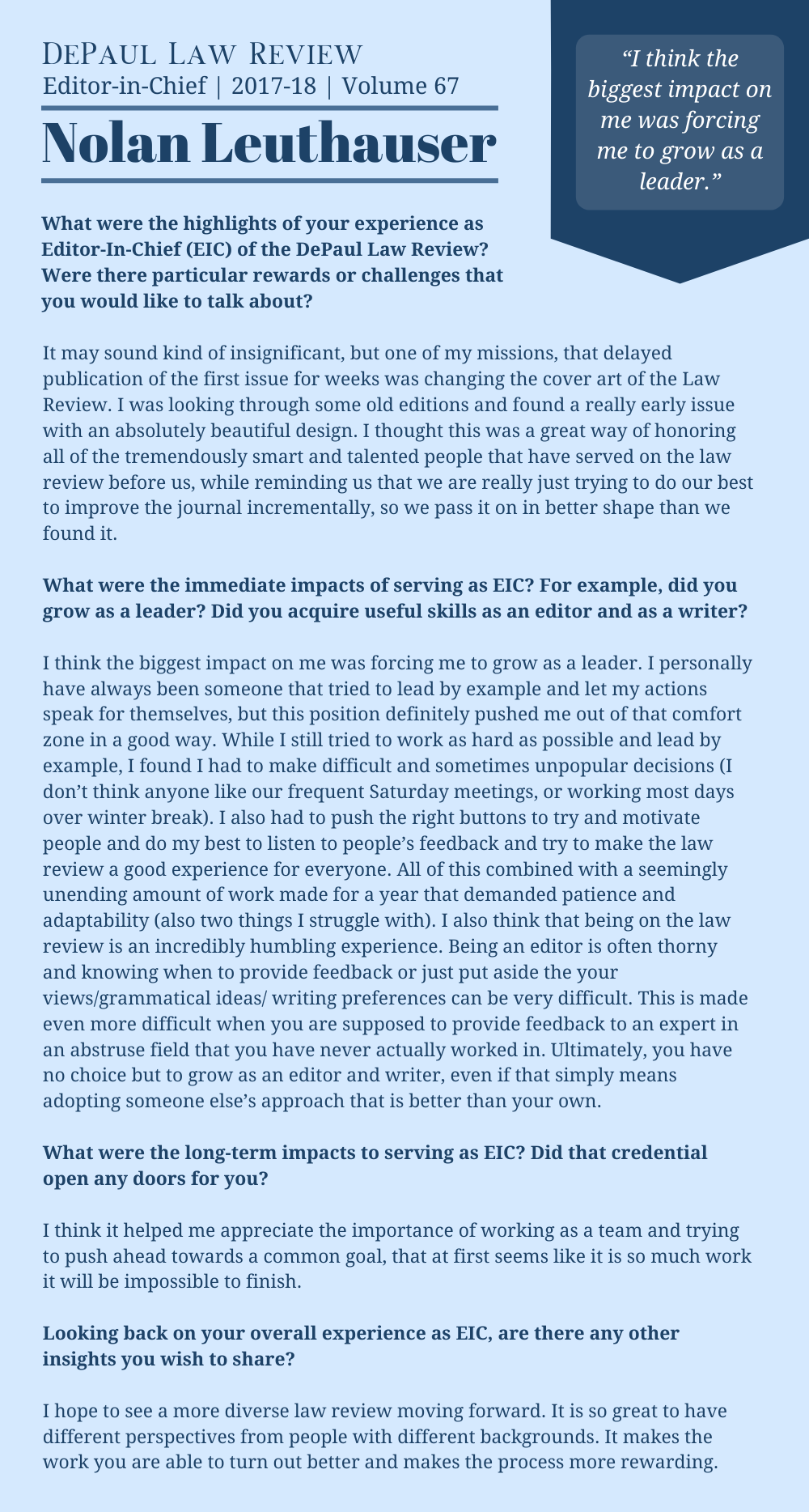