This LibGuide lists Selected Tax Law Titles we have available here at DePaul, not only in print, but via our DePaul Law & DePaul General University Library Databases. In addition to materials found in the Library Catalog & in DePaul databases, we have in 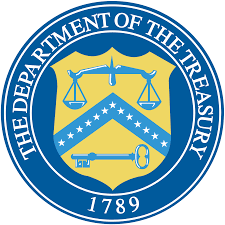 This LibGuide lists Selected Tax Law Titles we have available here at DePaul, not only in print but via our DePaul Law & DePaul General University Library Databases.  This LibGuide focuses on Federal Tax Information.  Only a few Estate and Gift Taxation & IL State Tax materials are included as well.  Since there are so many aspects of Taxation, more titles will be added going forward.

In addition to materials found in the Library Catalog & in DePaul databases, we have included titles & materials available via the major legal databases (such as Lexis Advance, Westlaw Edge, Bloomberg BNA/Law).

One of the most important features of research, whether tax or any complex legal topic, is an understanding of the resources that document that topic, and their relationship to each other.  Tax research in particular requires this understanding.  There are several layers of authority, including:

These several levels of authority and precedent are interwoven.

The majority of tax research publications are organized by Internal Revenue Code section, though a few major publications are organized by subject.  By and large tax research starts with references to applicable sections of the Code.  Even subject based resources will cite the IRC as one of the first applicable references to an issue.  Any researcher would be wise to first locate the applicable Code sections as a starting point. The major tax research publications in print and online will collect all the administrative and judicial documents in their own libraries but will reference them as annotations under the Code.

There are secondary authority sources that can help with analysis.  Many of the significant tax treatises provide detailed analysis of the tax laws and are listed/described later in this guide.  A second source of commentary is found in law reviews.  There is a body of law reviews that are devoted to tax as their primary topic.  These are indexed in The Index to Legal Periodicals and Books (H.W. Wilson Co.), and Current Law Index (Thompson Gale).  Both of these have online counterparts from their respective publishers.  LegalTrac is the electronic version of Current Law Index.  A form of these indices exists on Lexis and Westlaw in their law review and tax libraries.

Not surprisingly, tax is one of the areas of law that receives a lot of attention from authors and publishers.  General tax analysis is a major area for legal and business publishers.  They also sell treatises that focus exclusively on specialized and subject tax issues such as estate and gift tax, corporate tax, S corporations, tax law for non-profit organizations, and many more.

There are several standard comprehensive tax research treatises published by Commerce Clearing House, the Research Institute of America, the Bureau of National Affairs, and Thomson Reuters that virtually all large and medium law libraries should have in their collections.  They and their electronic counterparts are described in more detail later in this guide.