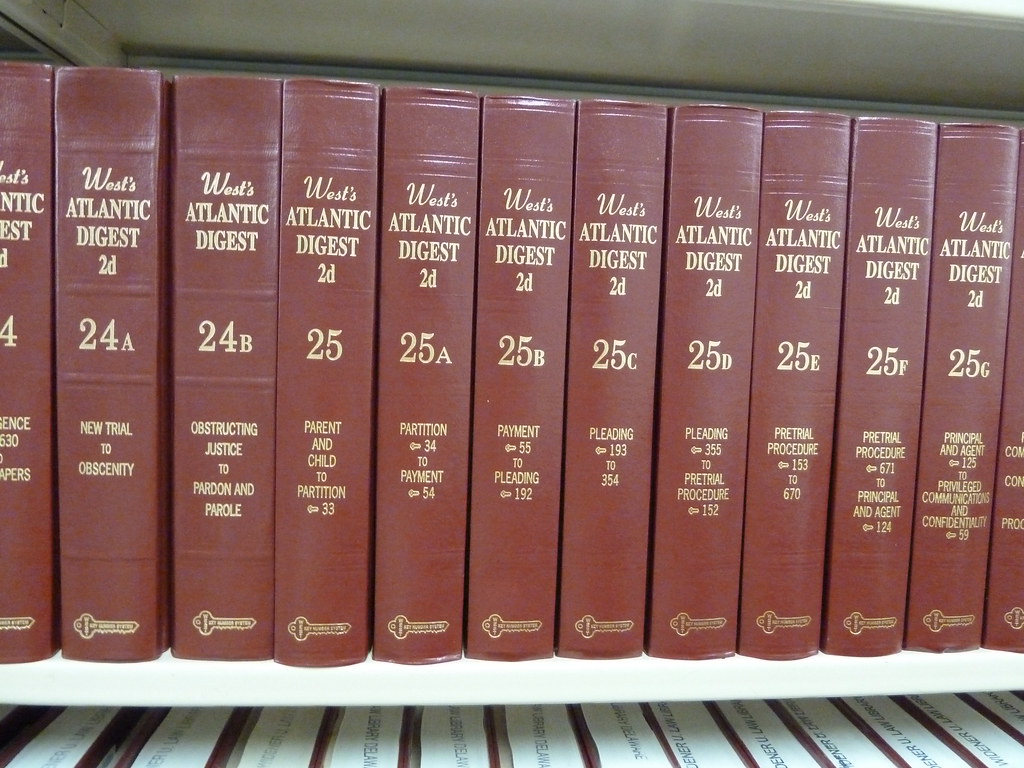 When West reports a case in a volume of the National Reporter System, the editors will add material to aid the researcher. These will consist of a summary paragraph at the beginning of the case, and a series of headnotes. The headnotes consist of point-by-point breakdowns of the law as considered or applied by the court. In effect, these are mini-summaries of segments of the opinion in a sequential order. The number of headnotes is a matter of editorial discretion by the publisher. Different publications of the same opinion may yield different numbers of headnotes.  Illinois cases that are officially reported also have headnotes, but these will vary in text and number from West’s versions.

Once West headnotes are created for each case, they are classified against a fairly complex outline of the law. In the early history of West, the editors broke the law into approximately 400 or so general topics, and then sub-divided those topics into complex outlines. They assigned what is known as a key number to the smallest division within an outline. For example, the key number Wills 402 covers the issue of “Power to Award Costs in General.” Other outlines may have several hundred or several thousand ultimate key numbers.

Headnotes to cases are collected in jurisdictional digests and organized against these outlines.  Thus, one can examine all the headnotes assigned to a particular topic and key number in one place, resulting in the ability to examine all cases from a particular jurisdiction on the same point of law. The Illinois Digest collects headnotes for all state and federal cases arising from Illinois. The Federal Digest and the 4 succeeding Modern Federal Practice Digests collect headnotes for all federal jurisdictions over specific periods of time. Most, but not all, jurisdictions have West digests.

Digests have several identifiable parts, including the topic volumes (the majority of volumes),the Descriptive Word Index, the Table of Cases, and sometimes a Plaintiff-Defendant and Defendant-Plaintiff set of volumes. The Descriptive Word Index volumes are particularly useful as they act as an index to the entire set. Common words and legal terms of art are indexed and cross-referenced against topics and key numbers contained in the topical volumes. Digests do not appear on Lexis and Westlaw, although Westlaw includes headnotes and a technique to search them against the same outline as in the paper versions.

Lexis includes headnotes and summaries which are searchable as part of the opinion. However, Lexis does not organize their headnotes against a topic and outline number format as does West. Be advised that West's outline is dynamic, and that the editors at West will revise the organization of specific topics. When this happens, they will provide cross-reference tables from old and new key numbers in the pocket part, or in the next bound volume revision.

These will appear after the topic outline and before the collection of annotations. Online key numbers automatically cross-reference when searched.