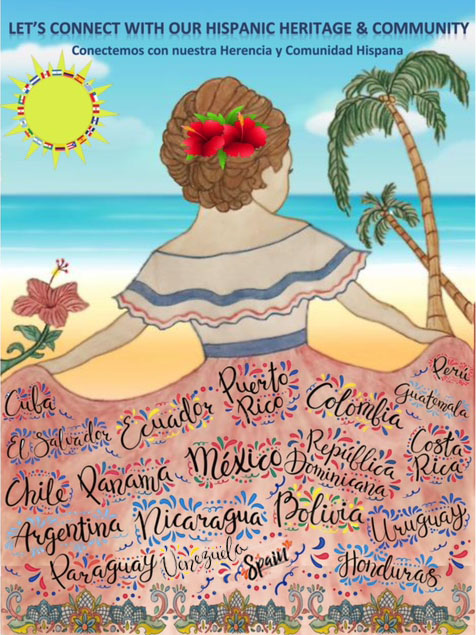 Each year, Americans observe National Hispanic Heritage Month from September 15 to October 15, by celebrating the histories, cultures and contributions of American citizens whose ancestors came from Spain, Mexico, the Caribbean, and Central and South America.

The observation started in 1968 as Hispanic Heritage Week under President Lyndon Johnson and was expanded by President Ronald Reagan in 1988 to cover a 30-day period starting on September 15 and ending on October 15.

The day of September 15 is significant because it is the anniversary of independence for Latin American countries Costa Rica, El Salvador, Guatemala, Honduras and Nicaragua. In addition, Mexico and Chile celebrate their independence days on September 16 and September 18, respectively. Also, Columbus Day or Día de la Raza, which is October 12, falls within this 30 day period.

In 1987, Representative Esteban Torres of California submitted H.R. 3182, a bill to expand Hispanic Heritage Week into a Hispanic Heritage Month. In his remarks, Torres noted that supporters of the legislation “want the American people to learn of our heritage. We want the public to know that we share a legacy with the rest of the country, a legacy that includes artists, writers, Olympic champions, and leaders in business, government, cinema, and science.” The month-long celebration, according to Torres, “will allow our Nation to properly observe and coordinate events and activities to celebrate Hispanic culture and achievement.” Although Torres’s bill died in committee, Senator Paul Simon of Illinois submitted S. 2200, a similar bill that amended P.L. 90–468. The Senate bill passed Congress and President Ronald W. Reagan signed it into law on August 17, 1988.

During Hispanic Heritage Month, the U.S. Department of Education continues to celebrate the exceptional contributions of Hispanic students across America.

More than 500 years of Hispanic and Latino history and heritage can be found in national parks or shared through National Park Service programs and partners in communities across the country. While we commemorate the centennial of the 19th Amendment of the US Constitution and look beyond, here are some parks and places with conversations about Hispanic and Latino Americans involved in civic engagement.

We celebrate Hispanic Heritage Month (September 15 to October 15) to recognize the achievements and contributions of Hispanic American champions who have inspired others to achieve success.