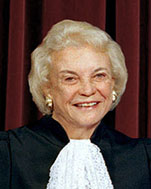 Sandra Day O'Connor was born in El Paso, Texas, March 26, 1930. She married John Jay O’Connor III in 1952 and has three sons - Scott, Brian, and Jay. She received her B.A. and LL.B. from Stanford University. She served as Deputy County Attorney of San Mateo County, California from 1952–1953 and as a civilian attorney for Quartermaster Market Center, Frankfurt, Germany from 1954–1957. From 1958–1960, she practiced law in Maryvale, Arizona, and served as Assistant Attorney General of Arizona from 1965–1969. She was appointed to the Arizona State Senate in1969 and was subsequently reelected to two two-year terms. In 1975 she was elected Judge of the Maricopa County Superior Court and served until 1979, when she was appointed to the Arizona Court of Appeals. President Reagan nominated her as an Associate Justice of the Supreme Court, and she took her seat September 25, 1981. Justice O’Connor retired from the Supreme Court on January 31, 2006. 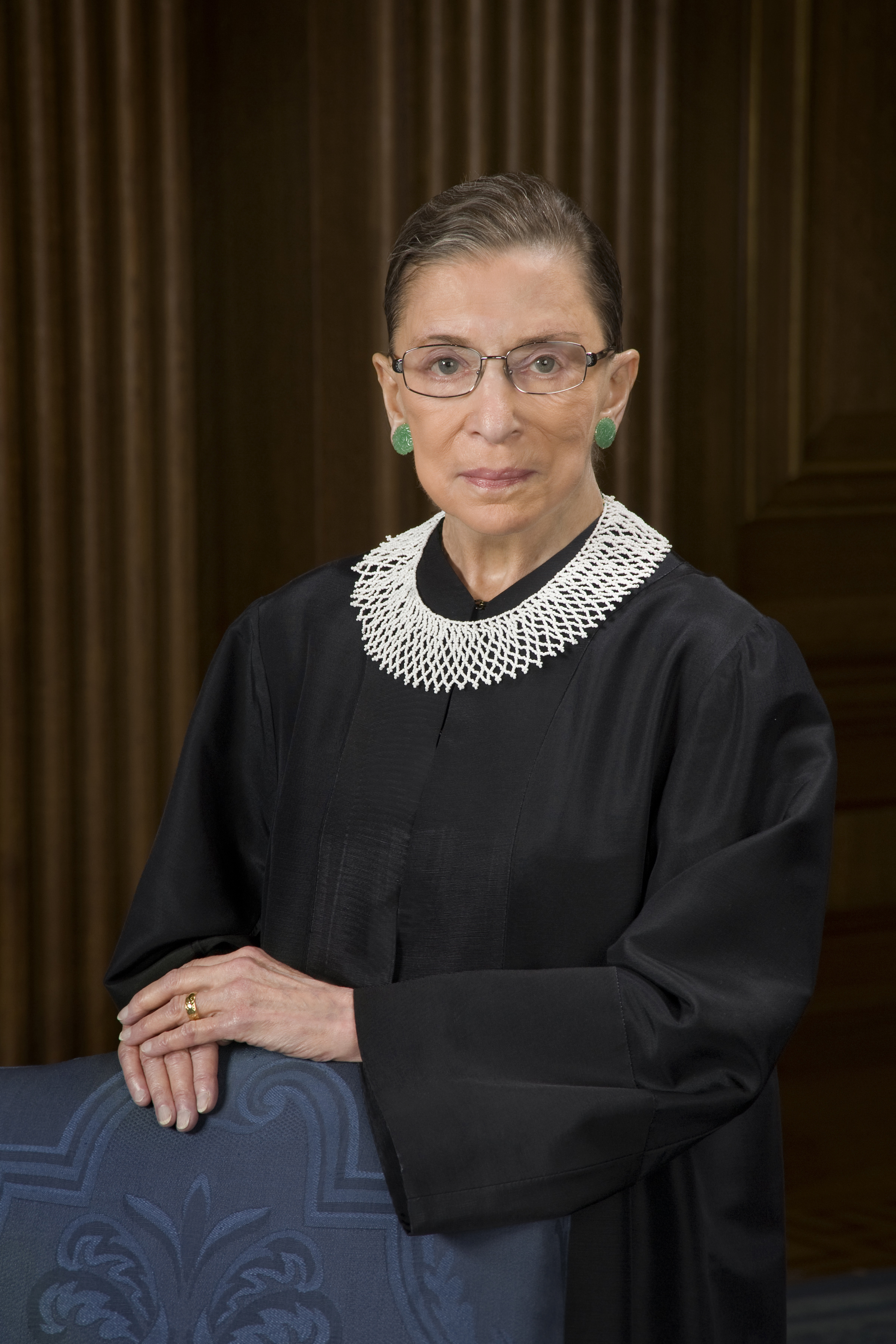 Ruth Bader Ginsburg took on the challenge of keeping her sick husband up-to-date with his studies while maintaining her own position at the top of the class. At Harvard, Ginsburg tackled the challenges of motherhood and of a male-dominated school where she was one of nine females in a 500-person class. She faced gender-based discrimination from even the highest authorities there, who chastised her for taking a man’s spot at Harvard Law. She served as the first female member of the Harvard Law Review. Her husband recovered from cancer, graduated from Harvard, and moved to New York City to accept a position at a law firm there. Ruth Bader Ginsburg had one more year of law school left, so she transferred to Columbia Law School and served on their law review as well. She graduated first in her class at Columbia Law in 1959. Ginsburg experienced her share of gender discrimination, even going so far as to hide her pregnancy from her Rutgers colleagues. Ginsburg accepted Jimmy Carter’s appointment to the U.S. Court of Appeals for the District of Columbia in 1980. She served on the court for thirteen years until 1993, when Bill Clinton nominated her to the Supreme Court of the United States. 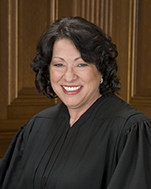 Sonia Sotomayor, Associate Justice,
was born in Bronx, New York, on June 25, 1954. She earned a B.A. in 1976 from Princeton University, graduating summa cum laude and receiving the university’s highest academic honor. In 1979, she earned a J.D. from Yale Law School where she served as an editor of the Yale Law Journal. She served as Assistant District Attorney in the New York County District Attorney’s Office from 1979–1984. She then litigated international commercial matters in New York City at Pavia & Harcourt, where she served as an associate and then partner from 1984–1992. In 1991, President George H.W. Bush nominated her to the U.S. District Court, Southern District of New York, and she served in that role from 1992–1998. She served as a judge on the United States Court of Appeals for the Second Circuit from 1998–2009. President Barack Obama nominated her as an Associate Justice of the Supreme Court on May 26, 2009, and she assumed this role August 8, 2009. 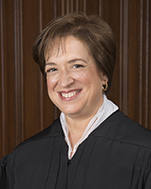 Elena Kagan, Associate Justice,
was born in New York, New York, on April 28, 1960. She received an A.B. from Princeton in 1981, an M. Phil. from Oxford in 1983, and a J.D. from Harvard Law School in 1986. She clerked for Judge Abner Mikva of the U.S. Court of Appeals for the D.C. Circuit from 1986-1987 and for Justice Thurgood Marshall of the U.S. Supreme Court during the 1987 Term. After briefly practicing law at a Washington, D.C. law firm, she became a law professor, first at the University of Chicago Law School and later at Harvard Law School. She also served for four years in the Clinton Administration, as Associate Counsel to the President and then as Deputy Assistant to the President for Domestic Policy. Between 2003 and 2009, she served as the Dean of Harvard Law School. In 2009, President Obama nominated her as the Solicitor General of the United States. A year later, the President nominated her as an Associate Justice of the Supreme Court on May 10, 2010. She took her seat on August 7, 2010. 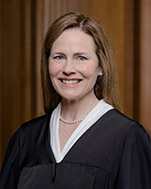 Amy Coney Barrett, Associate Justice,
was born in New Orleans, Louisiana, on January 28, 1972. She married Jesse M. Barrett in 1999, and they have seven children - Emma, Vivian, Tess, John Peter, Liam, Juliet, and Benjamin. She received a B.A. from Rhodes College in 1994 and a J.D. from Notre Dame Law School in 1997. She served as a law clerk for Judge Laurence H. Silberman of the U.S. Court of Appeals for the D.C. Circuit from 1997 to 1998, and for Justice Antonin Scalia of the Supreme Court of the United States during the 1998 Term. After two years in private law practice in Washington, D.C., she became a law professor, joining the faculty of Notre Dame Law School in 2002. She was appointed a Judge of the United States Court of Appeals for the Seventh Circuit in 2017. President Donald J. Trump nominated her as an Associate Justice of the Supreme Court, and she took her seat on October 27, 2020.