The Conscientious Congressman’s Guide to the Electoral Count Act of 1887: An Interview with Professor Siegel 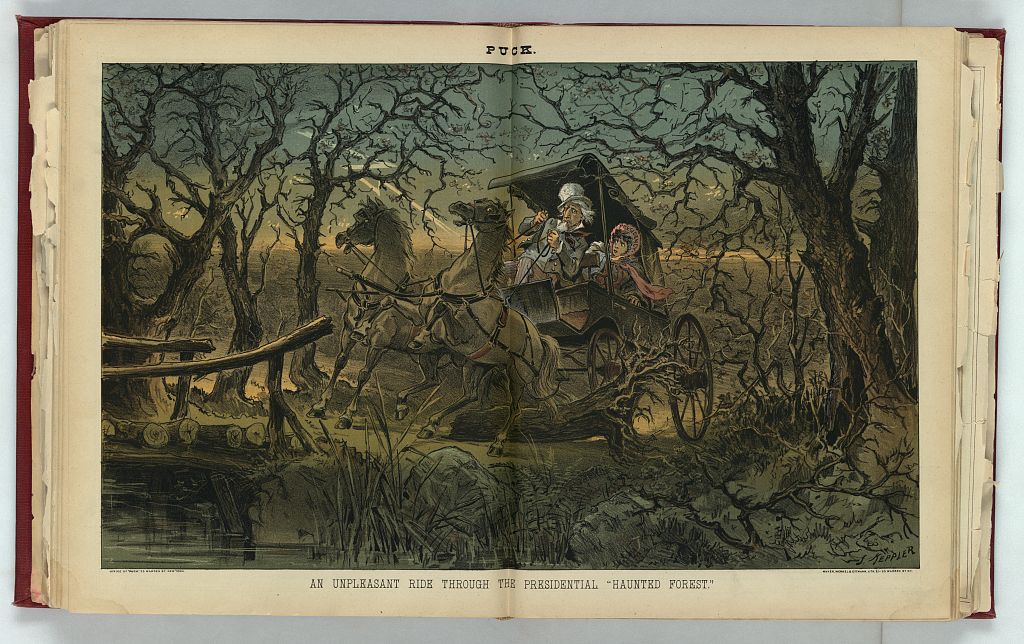 Writing this article was obviously a huge undertaking. Were there particular challenges? Particular satisfactions?

Gathering the information was challenging given that it involved disparate sources from over two centuries. Fortunately, most all the information was contained in government documents and, given our Chicago location, I had access to a variety of research institutions with extensive government depositories. It was a particular pleasure to correspond with the National Archives, and receive photocopies of unique papers housed solely in their vaults in Washington DC. It was a delight to find the Archives staff was as helpful and responsive as our DePaul Law Library librarians. It also was satisfying to be able to watch the 2001 electoral vote count on C-Span. Electoral vote counting is broadcast live every four years as it occurs. In January 2001, I was in San Francisco at the AALS convention and at 9 AM (which was noon in Washington, DC), able to find an open sports bar with multiple televisions. The bartender was willing to tune one of them to C-Span for the entire morning.

Is it a piece of writing that you conceived and wrote over a lengthy, unhurried period of time? Or was it all done in a time-sensitive situation?

As with all my projects, it was written over a substantial period of time. Begun after, and because of, the 2000 election, my only goal in terms of time was to complete the project before the 2004 election. It was conceived, in contrast, in an instant during a conversation with colleagues about the role, powers, and influence of the Vice-President as Chair of the electoral counting session. More on the Vice-President's role later, in answer to another question. But certainly, another satisfaction in writing the article was to be able to come up with an answer to the issue of the Vice-President's role, which no previous scholar had ever investigated.

How did this project enrich your perspective about law and society?

The project expanded my experience of the interface between law and its application in fraught political circumstances. It reinforced my understanding that though law may channel, it cannot completely constrain. The ideal - to be a nation of laws not men and women - cannot be entirely met. The integrity and perspective of those who apply the law will always have influence. The project also expanded my experience of the importance of historical research as an ally of legal analysis. On the question of the role of the Vice President during the electoral count session, for example, the suggestions my colleagues made based on an analysis of the words of the Electoral Count Act contrasted quite sharply with the conclusions I drew from an historically informed analysis.

You have cultivated a writing style which is transparent and focused; and which conveys a strong personal voice. Are there particular writers you count among your stylistic influences?

I am unable to think of stylistic influences. My writing process is different from that which is typically recommended. I do not write outlines before I begin; I do not write dump drafts. I do have a prospective shape of the project in mind as I begin and at every moment; and it certainly evolves as the writing develops. But my work focuses on each paragraph. I work on each paragraph until I am satisfied with it, and that lays support and points the direction for the next paragraph. Each section lays support for the next section. Of course, the introduction is written last. But in general, I begin at the beginning and proceed to the end, reshaping and redrafting as the project develops. One way to express this is to say, in large measure, my first complete draft is my last draft. But that is not because I am like Isaac Asimov who had the good fortune of having a 95% retention rate between his dump and final drafts. It's that I revise and revise and revise as I work on each paragraph and section.

Given what you know about the Electoral Count Act, do you have any observations, any advice to share about the upcoming election?

I wrote this article to be helpful should there be a close and disputed Presidential election; and I shudder every four years to think it might be. That is because of how much "party spirit" influences perceptions and judgments when the Presidency of the United States is at issue. This is something the ECA's authors knew. Their handiwork, the ECA, defines the channels and provides standards within which disputes over Presidential elections may be discussed and decided by Congress. The ECA provides a good deal of clarity. But it does not resolve all ambiguities as to what the law of electoral vote counting is; it does not resolve all ambiguities as to how the law applies to the facts; and it certainly does not resolve ambiguities as to what the facts are. The ECA channels and constrains areas within which congressional discussion and voting will occur, whether conscientious or partisan. My advice is to wait and see what, if any, disputes there are; and then think slowly, carefully and hard as to how the ECA applies to each one.