The Conscientious Congressman’s Guide to the Electoral Count Act of 1887: Home 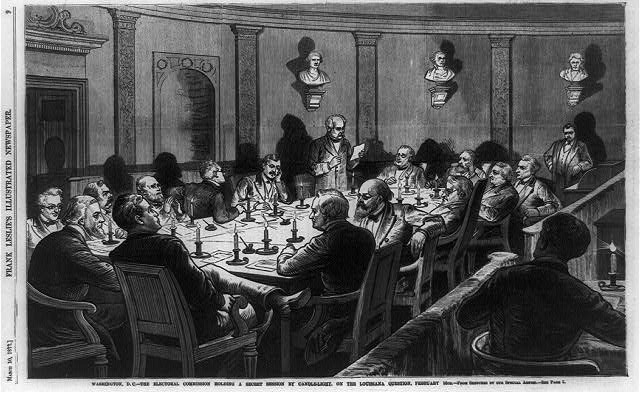 The Electoral Count Act of 1887 (ECA) easily invites misinterpretation. And it could easily invite worse. Emeritus Professor Stephen Siegel explains, “The ECA is turgid and repetitious. Its central provisions seem contradictory. Many of its substantive rules are set out in a single sentence that is 275 words long.” It is the kind of law that Congressmen would reach for and read only when a hotly contested presidential election is in dispute.

These disputes happen more often than anyone would like – and could certainly happen in the upcoming electoral contest between Biden and Trump. Given the gravity of this election, and the hazardous possibility that the ECA could be misinterpreted, it is singularly consoling to appreciate Professor Siegel’s accomplishments in this 129-page article from 2004, The Conscientious Congressman’s Guide to the Electoral Count Act of 1887.  He set out to correct some grave oversights from prior scholarship. Siegel stated that “no prior work has studied the Act by embedding it in a comprehensive exploration of its legislative history, the history and theory of electoral vote counting, and the legal and political assumptions of the Congresses that framed it. No prior study has focused on the interplay between the ECA’s various sections and its substantive and procedural provisions. Indeed, the ECA’s procedural provisions have never before been subject to sustained analysis.” Beyond these considerations, Siegel finds “an answer to the issue of the Vice-President's role, which no previous scholar had ever investigated.”

The clarity and power of Siegel’s analysis is crystallized in this passage: “No matter what substantive criteria and processes Congress adopts for judging the propriety of each state’s electoral vote, in a close presidential election, when each state’s vote is known beforehand, partisans on every side will usually be able to game the system to figure out grounds to reach the result they want.” In the accompanying interview, Siegel explains, ‘I wrote this article to be helpful should there be a close and disputed Presidential election; and I shudder every four years to think it might be. That is because of how much "party spirit" influences perceptions and judgments when the Presidency of the United States is at issue. This is something the ECA's authors knew.”